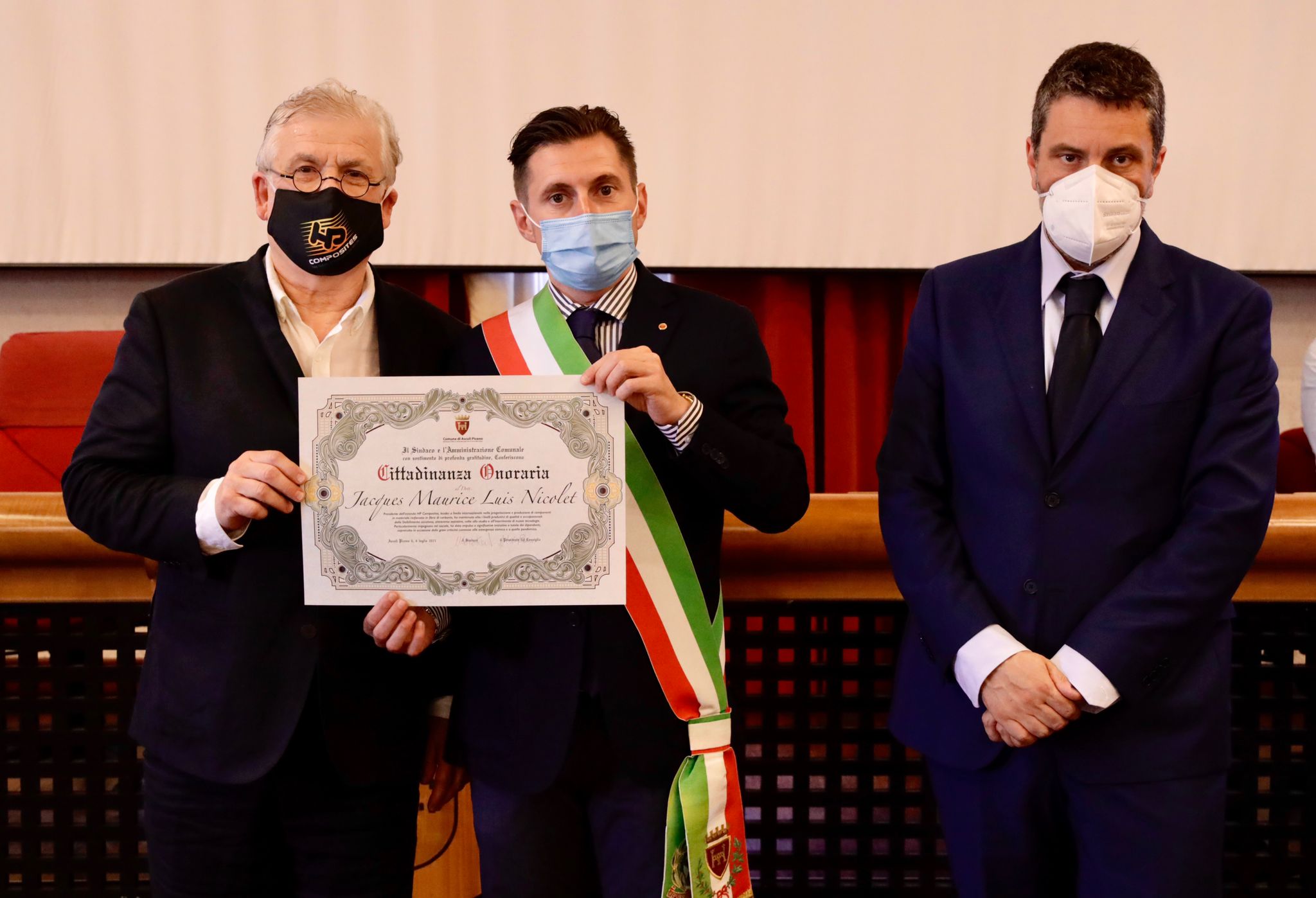 "Famous people - said Fioravanti - who have distinguished themselves in the business world and to whom we have unanimously decided to confer honorary citizenship".

After the introduction, the certificates were handed over.

Words of praise and great esteem were expressed by the mayor Fioravanti also towards the president of HP Composites, Jacques Maurice Luis Nicolet: "We thank him for the important investments he makes in our area: HP has come to employ more than 600 people , with an average age of about 30 years.

There is a long-lasting friendship with Dr. Nicolet's company. We signed a welfare agreement with them to allow employees to spend in this city and today we want to strengthen this bond ". Jacques Maurice Luis Nicolet, with the support of a translator, thanked in French:" It is a real pride for me receive the honorary citizenship of Ascoli, I am really very moved. To date, I am the only Frenchman in a company with 700 Italians, but I feel good here, even when there are problems. With Abramo (the director Levato ed) there is a great relationship of mutual trust which is the secret of our strength. For my part, I must be able to transmit this strength to my two children so that they can continue the work I am doing ".

Go to the article