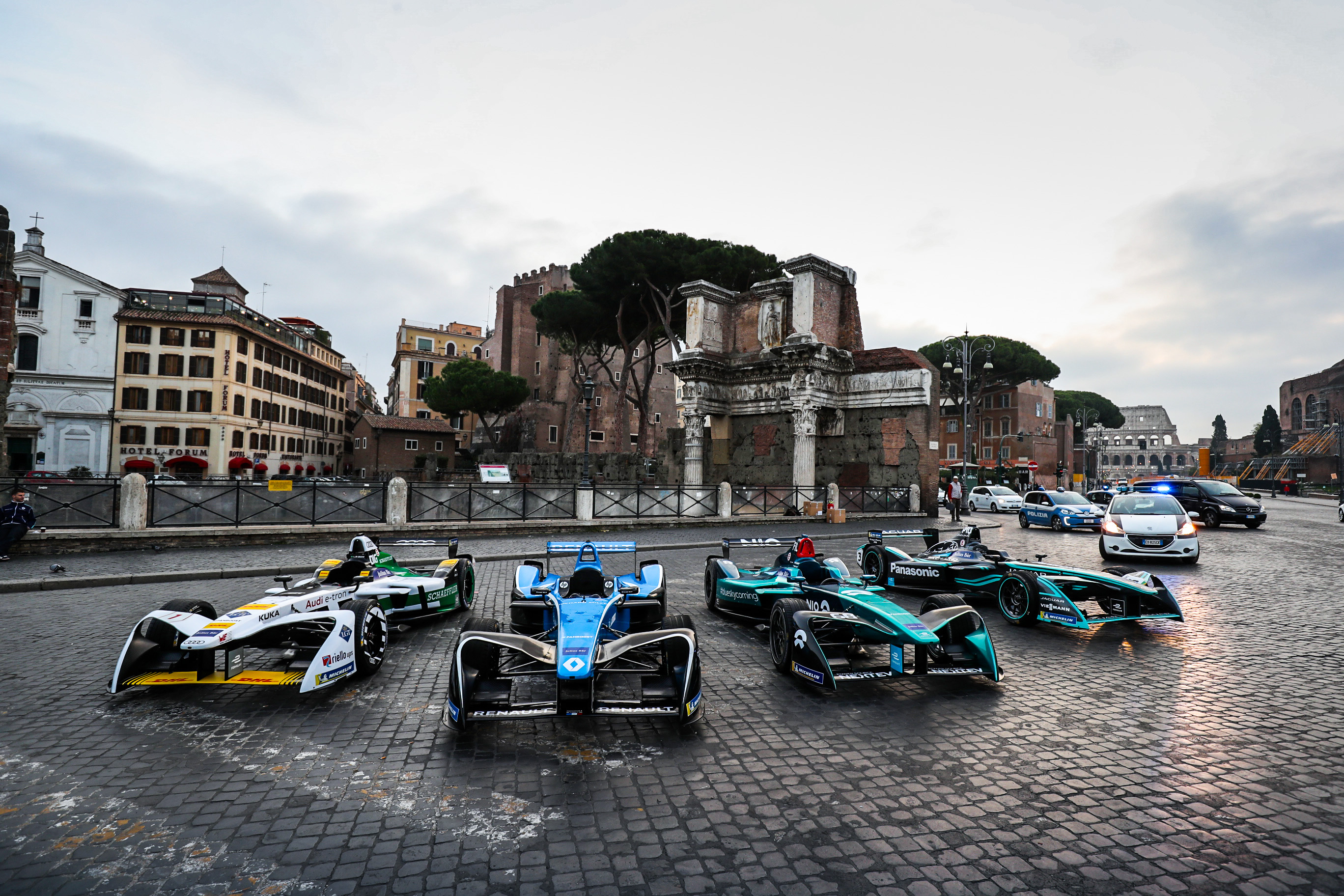 On April 14th Rome inaugurates the 1st European stage of the E-Prix. The electric cars will kick off the EUR, the office district, grand boulevards and ministries will transform into an autodrome hosting a world-class motoring event followed in over 50 countries.

Those who love the roar of the engines will be disappointed to see the single-seater speed over 200 km / h without making any kind of noise. But the Formula of the future, which includes a zero emission championship, is identified with the vowel "E".

On April 14th for Rome it was a unique day: the competition took place on a "special" circuit in the EUR district. The riders competed for about an hour, covering the circuit 33 times (for a total of 2.8 km and 21 corners), including the break for the replacement of cars and their batteries.

The HP Composites could certainly not miss in this great event: we will be in fact, even for the 2018/19 season the official manufacturer for Spark Racing Technology, of the bodywork in advanced composite material reinforced with Carbon fiber and for this season we have not been to less having produced the bodywork of all the cars in the Capital.

A special event that attracted around thirty thousand spectators and made the capital protagonist of a competition that touched New York, Hong Kong through Santiago de Chile, Mexico City. Rome has also inaugurated the four stages of the European calendar that will continue towards Paris, Berlin and Zurich.

Energy and adrenaline did not disappoint expectations and next year .... it is replicated