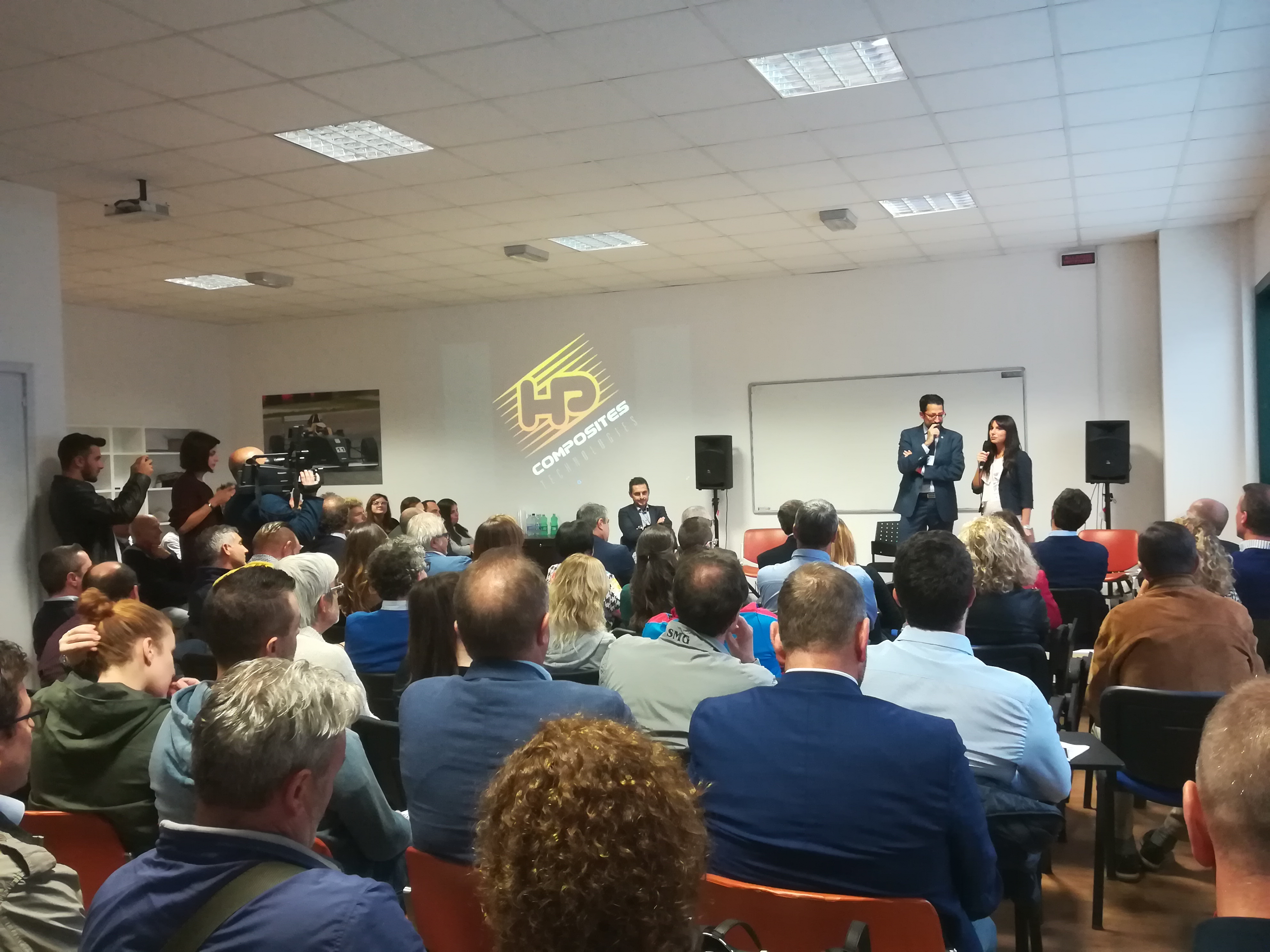 Second stage of the event "Work 0.0 - The person at the center of the rebirth" organized in Ascoli Piceno by "Create,Belive,Change". The company HP Composites hosted the second day of debates, comparisons and proposals on the world of work.

After the company visit, Abramo Levato, director of HP Composites, opened the debate entitled "The new challenges of working in the contemporary economy in a territory injured by the earthquake" telling his personal story and the development of his company.

Also present were the president of the City Council of Ascoli Piceno, Marco Fioravanti (one of the promoters of the event) and the honorable Giorgia Latini and Claudio Durigon, the latter undersecretary for Labor.